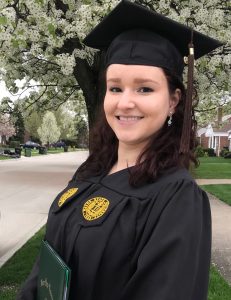 Anna Loftus Armstrong, soprano, of Melvindale, Michigan, received an Associate in Music from Henry Ford College in 2015. While there, she studied voice under Gina D’Alessio, M. Therese Oldani, and Frances Brockington. Transferring to Wayne State University to continue her undergraduate education and to study voice under Ms. Brockington, Ms. Armstrong earned her Bachelor of Arts in Music in 2019. Ms. Armstrong’s passion for choral music has led her to perform with such ensembles as Vanguard Voices, Renaissance Voices, Aeolian Chorale, Wayne State University Concert Chorale, and Wayne State University Women’s Chorale. She has also worked as one of the Greenfield Singers at Greenfield Village and as a staff singer at Littlefield Presbyterian Church in Dearborn, and she is hired as a soloist for weddings, funerals, and other events in the Metro Detroit area. Ms. Armstrong is excited to join the Schola Cantorum Detroitensis to perform high-quality sacred music with some of the most talented musicians in Metro Detroit. 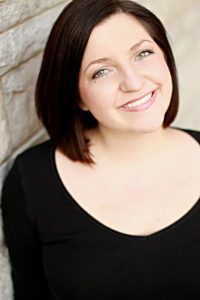 Elizabeth Esqueda, lyric soprano, is an avid performer, singer and teacher throughout the metro Detroit area. Elizabeth holds her Bachelor’s in Voice Performance from University of Michigan and her Master’s of Music from Oakland University. Having trained in classical voice, Elizabeth has garnered a special reputation for versatility and loves performing in all styles of music, including opera, operetta, jazz, cabaret, musical theater and lyric rock, all the while holding a true heart for liturgical and sacred music. Daughter of a church music director, Elizabeth began singing as a child and professionally working for the Catholic Church as cantor as a young teen throughout the Archdiocese of Detroit. She first joined the cathedral music program as early as 2002, under Dr. Norah Duncan IV and has sung on staff as part of their program through present day. In 2017, Elizabeth was honored to sing as soloist and head cantor for the Beatification mass of Blessed Solanus Casey at Ford Field. She is also remembered for her emotional portrayal of the Blessed Mother onstage in the Living Stations of the Cross. Elizabeth has delighted audiences locally, nationally and internationally touring as a choral member and soloist for several choirs throughout her career. Other classical singing highlights include being nominated as Classical Singer of the Year with the Detroit Music Awards (2016). She sings frequently as a soloist for concerts and recordings, as well as for collegiate/sporting events including the Detroit Lions, the internationally televised Ryder Cup and the Motor City Bowl. Her contemporary cross-over work includes private and commercial sung voice-overs and a unique collaboration with Paul Tiseo of Theandric on the Catholic contemplative rock album, “Door of Faith”. Onstage, she has performed with Michigan Opera Theatre, Comic Opera Guild and UM Gilbert & Sullivan Society, with several operetta recordings part of the collection at the National Library of Congress. Her love for Catholic liturgy combined with passion for music and education brought her to join as an active NPM (National Association of Pastoral Musicians) Detroit board member and recently traveled to Baltimore for the 2018 NPM national conference as soprano soloist under Jerry Blackstone. She loves giving singer/cantor workshops and working with students of all ages. In Spring 2019, Elizabeth became the founding director of the Motor City UpBeats!, a therapeutic choir and community for individuals with Parkinson’s Disease and other neurological disorders. She maintains an online and private home studio in Macomb where she lives with her beautiful family: husband Daniel and young twin boys, Alexander and Anthony. 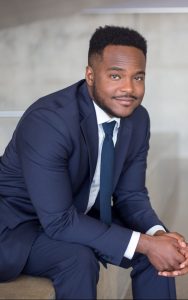 Bass Paul Grosvenor, born and raised in Brooklyn, NY, most recently performed the roles of Angelotti and Sciarrone in Tosca with the Phoenicia International Festival of the Voice. Paul was a featured soloist and in the chorus of Porgy and Bess with the Metropolitan Opera during their 2019-2020 season. Paul was an apprentice artist with Sarasota Opera for two seasons. Paul made his operatic debut as Don Alfonso in Cosi fan tutte with the Opera Theatre of the Rockies. He then went on to perform the role of Colline in La bohème with Tri-Cities Opera, the role of the Commendatore in Don Giovanni, and the title role of The Mikado at the Hawaii Performing Arts Festival. Paul was a resident artist with Toledo Opera for their 2016-2017 season. He has performed the role of Bob in The Old Maid and the Thief, and Mr. Gobineau in The Medium with Detroit’s Opera MODO. He has also performed the role of Frank inDie Fledermaus, and Don Basilio in Il barbiere di Siviglia with Martina Arroyo’s Prelude to Performance. He holds a master’s degree from the University of Michigan, where he performed the title role of Gianni Schicchi, Don Alfonso, Lakai in Ariadne auf Naxos, Masetto in Don Giovanni, and as the bass soloist in Verdi’s Requiem. Paul is now a voice teacher at the Patricia F. Robinson Music Studio, where he began studying voice and piano at the age of ten.

Baritone Matthew Konopacki, a native of Livonia Michigan, is an active performer of both classical and contemporary works. Equally comfortable on both the operatic and concert stage, his repertoire ranges from the cantatas of J.S. Bach, to the contemporary operatic music of Kevin Puts. With Michigan Opera Theatre he has performed the roles of 1st Scottish Soldier in Kevin Puts’ Silent Night, Usciere in Verdi’s Rigoletto, as well as a part of featured ensembles in both David DiChiera’s Cyrano and Sonenberg’s The Summer King. He is also a featured singer on the recent release of David DiChiera’s legacy album, Letters & Fantasies, on Innova Recordings. Matthew holds a Master’s degree in Vocal Performance from The University of Houston and has appeared as a young artist with Pensacola Opera and the Janiec Opera Company.  Future engagements include supporting roles in Bernstein’s Candide, and Ricky Ian Gordon’s The Grapes of Wrath with MOT. 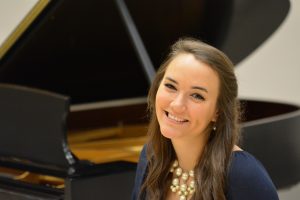 Cecilia Kowara is a junior at the University of Michigan studying vocal performance and organ performance. She has been studying voice privately for six years, currently under Professor Daniel Washington. She has been a cantor and wedding soloist throughout Chicago since 2014. She sings in numerous choirs including the University of Michigan Chamber Choir, the Cathedral Chorale in Detroit, and the St. Cecilia and Resurrection Choirs of St. John Cantius in Chicago. She has sung multiple solos in the University Choirs, including Niccolo Jommelli’s “Magnificat​” ​and J.S. Bach’s “Christ lag im Todesbanden, BWV 4”. Cecilia developed a deep love for sacred music at a young age and loves that she is able to use her voice to glorify God. 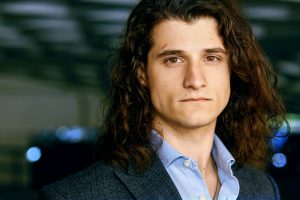 Tenor Jono Taccolini is from Ypsilanti, Michigan and graduated from Grand Valley State University in 2016 with a Bachelor of Arts in Music.  He appeared in several productions with GVSU Opera Theater as well as with the Opera Grand Rapids Chorus. Jono has performed as a soloist throughout the state of Michigan including as the tenor soloist in the Beethoven Mass in C with Hope College and the tenor soloist for Concordia University’s performance of JS Bach’s cantata BWV 106: Gottes zeit die allerbeste zeit.  Jono is currently pursuing a master’s degree in vocal performance at The University of Michigan. Jono serves as the music director and curriculum assistant to the Catholic Worldview Fellowship, where he shares his passion for Gregorian chant and traditional liturgy. 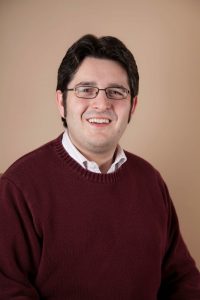 Eric Taylor has served as a choral conductor and professional Tenor throughout Metro Detroit and the United States. As a conductor, Eric serves as the Artistic Director of the Detroit Children’s Choir and the Artistic Director for Aeolian Chorale, an adult choir based in Allen Park. Eric is a much sought-after vocal coach and choral clinician, preparing choirs for festivals, national broadcasts and recordings. His web series, Quarter Notes with the DCC, has garnered over 25,000 views online.

As a professional Tenor, Eric is a cantor and staff singer at the Cathedral of the Most Blessed Sacrament in Detroit. In addition, Eric has also sung in the Archdiocese of Detroit Chorus, Audivi, and “sounding light” professional vocal ensembles. Eric earned a Master of Music in Conducting (Choral) as well as a Bachelor of Music in Vocal Music Education from Wayne State University. He is also a member of the American Choral Directors Association (ACDA), Michigan School Vocal Music Association (MSVMA), and the Detroit Music Foundation. 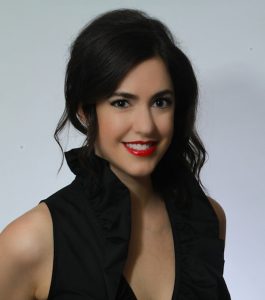 Soprano Angela Theis is active in the Detroit area as a Catholic cantor, professional soloist, and educator. Angela’s nationwide performing credits and international training range from early sacred repertoire to the works of living composers. She has served as a cantor and soloist at the Cathedral of the Most Blessed Sacrament (Detroit), The Cathedral of the Madeleine (Salt Lake City), and as a student at the Basilica of the Sacred Heart (Notre Dame). As an opera singer, Angela has performed numerous roles at the Detroit Opera House and was an original member of the Michigan Opera Theatre Studio from 2015 to 2017. David DiChiera, the late founder of Michigan Opera Theatre, featured her in many performances of his compositions as well as on his Letters & Fantasies album. Around the country, Angela has been a soloist with various professional opera companies and symphony orchestras, most notably at Carnegie Hall in 2019. She has won several awards for her scholarship and singing in Italy and Austria, where she studied abroad and completed a postgraduate fellowship. Angela earned her undergraduate and graduate degrees from the University of Notre Dame and New England Conservatory of Music. She has given workshops and master classes to cantors and voice students, including those in the Master of Sacred Music at Notre Dame. In 2019, Angela joined the voice faculty of Oakland University where she teaches Applied Voice (lessons for majors) and Diction for Singers (English, French, German, Italian, and Latin pronunciation). For more information, please visit www.angelatheis.com. 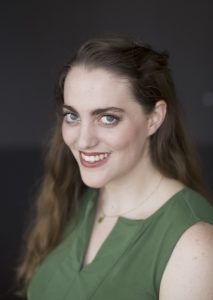 Mezzo-soprano Antona Yost grew up in Salt Lake City.  There she discovered a passion for singing and music while studying at the Madeleine Choir School, where she received extensive training in polyphony and Gregorian Chant.  After highschool, she decided to continue her vocal studies, receiving a Bachelor of Music in Voice Performance from the University of Southern California and a Master of Music in Voice Performance from the University of Michigan.  In 2018, she made her professional operatic debut with Detroit-based Opera MODO, singing the role of Angelina in Rossini’s La Cenerentola.  Since then she has had various operatic roles with opera companies in the upper Midwest region and was recognized as a winner of the 2020 Michigan District Metropolitan Opera National Council Auditions.  While pursuing a solo career, Antona has maintained a passion for choral and small ensemble singing and is active with several choral groups and small ensembles in the Ann Arbor-Detroit area.  Antona is passionate about teaching and maintains a small voice studio in Ann Arbor, where she is based.